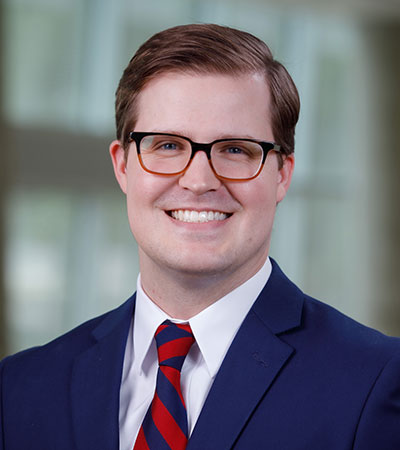 Elated. I was elated. The Ewing Marion Kauffman Foundation made UNeTech part of its inaugural Heartland Challenge Program. Then I remembered: I’d promised to submit 30 SBIR/STTR applications in 12 months. I was in a pickle. I needed someone with amazing writing and strong organizational skills, and a borderline masochistic work ethic – who is also an expert on everything.

It turns out I actually needed Dr. Jace Gatzemeyer.

The SBIR/STTR program is a treasure. A bizarre hybrid that’s not quite research and not quite entrepreneurship; it is a decades-old federal program that requires agencies that fund research to set aside money for small businesses. With one foot in academic culture and one foot in startup culture, the program seems to go out of its way to contradict itself. Projects need to do compelling, hypothesis-driven science but also advance meaningful business goals. Who can make sense of that?

Dr. Gatzemeyer earned his PhD in English. A scholar of American literature, he is an impeccable writer. His prose has a straight-ahead modernism that betrays his background as a technical writer. He is astonishingly efficient at simply filling six pages with prose that clearly conveys a problem, a proposed solution, and the persuasiveness that connects the two. I often find myself aping his style when I write the occasional proposal. Don’t tell anyone.

It’s not his mastery of the English language alone that facilitated Dr. Gatzemeyer’s rapid and award-winning growth in writing grant proposals. He is boundlessly curious. Be it learning how veins respond to changes in blood flow, the husbandry of sheep, or the finer points of a business model canvas, the man can find a kernel of interest in even the most esoteric topic. I have seen him develop an appreciation for computer-assisted drug discovery, for the history of data-driven consulting, or the bizarre hybrid that is the SBIR/STTR program.

And coffee… He can tell you a lot about coffee.

UNeTech has been through nearly a dozen submission cycles for the SBIR/STTR program. Those dozen cycles have been for a wide variety of agencies. Nearly all the grants that we submit are not funded. I struggle to stay motivated after rejection. Dr. Gatzemeyer, however, seems to shake off failure quickly. I’m not sure what his secret is but I suspect he finds a reward from learning about the bewildering array of technologies with which he works. In that sense, I admire his creative process for re-imagining an invention as a new business model. He approaches it like a science-fiction novelist and uses each proposal to build its own world.

More impressive still is how he expanded that role beyond being UNeTech’s resident SBIR/STTR auteur. He purchased all the must-reads of startup culture. He devoured The Lean Startup and The Lords of Strategy and has collaboratively built the curriculum of Opportunity Corps. He’s begun his path to become a certified I-CORPS instructor and led a team through the NIH-REACH-funded MBArC program. His seminal blog series on I-CORPS was even liked by the NSF on LinkedIn. He has taken to entrepreneurship exactly the way you’d expect a Hemingway scholar would: with his sleeves rolled up and in the thick of it.

So what is UNeTech curiously? It’s the sugar high that comes from ‘finally getting’ a brilliant researcher’s life work. It’s the high wire act that comes from gently hacking that life’s work apart and gingerly taping it back together as a startup concept. It’s the little metallic twinkle in the corner of your eye that, unexpectedly, unconsciously, draws you to your next life-consuming project. It is the unnamed thing that animates the entire enterprise of human discovery. It is embodied in Dr. Jace Gatzemeyer’s dedication to the humanities as applied to the emerging new medium of technology startups.