At UNeTech we write a lot of grants. Most of them we don’t get. Build Back Better was one of them.

Speaking only for myself, it’s a bit of a disappointment. While there’s a remnant of my inner teenager that wants to pretend that I didn’t really want it anyways – I did. There is a part of me that is glad that these impersonal rejections still smart. 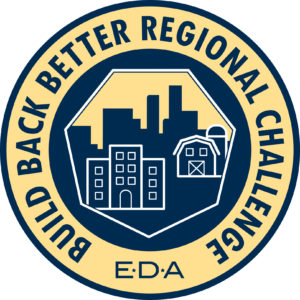 I get over it, I usually do, and this one quicker than most. Foremost, there’s always another grant. We live in such a generous society where a nicely formatted paper with some charming figures can provide the money to feed a handful of gonzo professionals. That very fact still amazes me and simply to be in the game is a privilege.  The proposal that we submitted to the EDA will be chopped up into other applications in the coming months. What can I be but grateful for a chance to roll more linguistic sushi?

And then there’s Invest Nebraska. I am so proud of my colleagues in Lincoln for their efforts to build such a vibrant entrepreneurial ecosystem in star city. Nebraska is fortunate to have so many different and growing entrepreneurial ecosystems. The fact that multiple applications for different programs came in from the state meant more than one bite at the apple. Thank our lucky stars! Now, Nebraska gets to join in this generational investment in economic development so generously provided by the EDA. The whole state tips its collective hat to you, Invest Nebraska!

But ultimately, it is a small moment of recognition that drove disappointment to fade in my rearview mirror. UNeTech has been hard at work establishing its mission, vision, and values. Watch this space: they’re coming soon. I figured this is a good time to drop one: excellence. Honestly, I was against it. Valuing excellence felt like valuing perfectionism – a flawless filtered Instagram photo or plastic-covered furniture.

I came around to it. Entrepreneurs fail and that’s the point. Yes, not getting the grant, or not getting the investment, or getting a rejection from the patent office, or having someone laugh at your idea – hurts. That’s where excellence comes from. It’s the wash, rinse, repeat of try, fail, try again. It’s caring enough to keep at it aware that no promise sticking with it will ever produce… anything. There is only the reality that success, that excellence, does not reliably come any other way.

Excellence is its own reward.

What better way to relate to entrepreneurship than to own our failures? To acknowledge that rejection still hurts when you care about what you do? To recognize that unless you stick with it, you cannot ever expect to get the outcome that you want? To know that excellence doesn’t come from avoiding the failure and getting what you want; it comes from embracing the failure to get what you want.