Across the county, a troubling phenomenon in healthcare has been increasingly popular to research in the past decade: the rate at which women leave the the industry.

A 2019 report from the Association of American Medical Colleges found that about 40% of women physicians leave medicine or switch to part-time work within six years of completing residency. This phenomenon has only become more prevalent with the additional stressors of Covid-19.

University leaders from Nebraska Medicine and UNMC gathered on Sept. 14 for a webinar discussing ways to keep women in the field while also giving them necessary flexibility to care for themselves and their families.

The panel is a part of UNMC’s involvement with the national initiative Give Her a Reason to Stay in Healthcare, a call to action for medical institutions to support women and give them a reason to stick around. 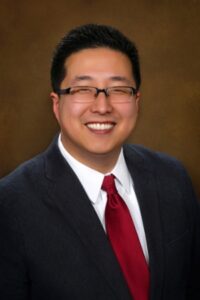 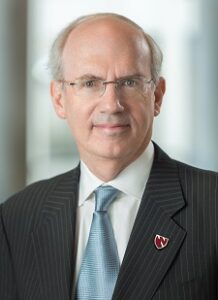 The conversation was led by UNMC Chancellor Jeffrey Gold and Howard Liu, the chair of psychiatry. While it may seem an odd choice to have two men lead a panel about women in healthcare, they say it is intentional. Male allies play an important role in making sure that women are treated equitably in the workplace.

“There is little question in my mind, based on anecdotal experiences and reviewing the literature, that this pandemic has particularly stressed women in healthcare,” Chancellor Gold said. “It has become a stressor for family reasons, for professionally related reasons, and because of the care and caring that women particularly bring to the healthcare field”

Allison Grennan is the co-president of WE STRIVE, an on-campus association of women and allies at UNMC and Nebraska Medicine. The name stands for Women engaged: Support, training, and resources to improve vitality and excellence.

Grennan knows first-hand how difficult it can be to juggle childcare responsibilities and work, especially since the pandemic made virtual schooling the norm. “The cumulative stress of all of these factors and the catastrophic burnout that is affecting healthcare workers across the county has led to women leaving the workforce in numbers that we have really never seen.” 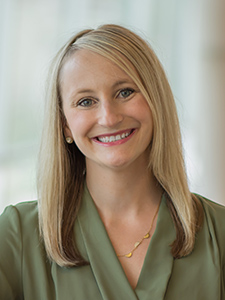 Allison Grennan, co-president of WE STRIVE 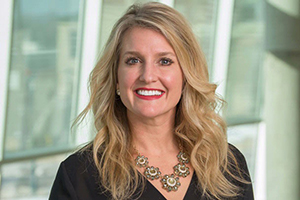 Sasha Shillcutt, the vice chair of anesthesiology, spoke about how important it is to listen to women when they ask for help. Taking the step of asking for additional flexibility or accommodations can be incredibly intimidating, especially for women early on in their careers.

“If one woman is coming to you and talking about it, there are at least 10 others who aren’t,” Shillcut said.

The panel concluded with a robust discussion of potential changes that could be made to improve equity for women. Heidi Husk, an employee wellbeing and safety manager at UNMC, spoke at length about the vision for a new, combined childcare center for both UNMC and Nebraska Medicine. Though the project is still in early stages, it is to be a state-of-the-art facility which can house 200-300 children.

Chancellor Gold said that this will be the first of “many” dialogues on this topic, and he is ready for the system to “sink our teeth into” the project of becoming a national example of an inclusive and understanding workplace.

“We work very hard to create a professional and caring environment for others every day,” Gold said. “Maybe, just maybe, it’s time to focus some of that energy internally to make sure we create an environment which truly respects, endorses, and grows professionalism in and between all of us.”

Read this resource guide prepared by UNMC’s Give Her a Reason to Stay in Healthcare team.

Watch a recording of the panel discussion here.