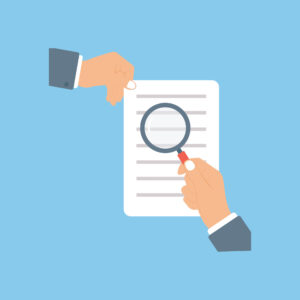 Part 3: A Program so Clearly Successful?

In this series, Jace Gatzemeyer discusses the history, legacy, goals, successes, and shortcomings of the SBIR and STTR programs. Dr. Gatzemeyer is UNeTech’s Grant Writer, and one aspect of his job involves creating strong SBIR/STTR proposals for small businesses in the incubator. This third installment looks at attempts to hold the SBIR and STTR programs more accountable and at a difficult Congressional reauthorization process.

In the 1990s, the Small Business Innovation Research Program (SBIR) reached its stormy adolescence. The Small Business Research and Development Act of 1992 reauthorized the program, expanding the existing SBIR program and adding a new Small Business Technology Transfer (STTR) program to encourage collaboration between small businesses and research institutions. But questions of accountability loomed. Not everyone agreed with Representative John LaFalce’s glowing assessment in a 1991 Congressional hearing: “It is not often that we in Congress have the opportunity to conduct an oversight hearing on a program so clearly successful as the Small Business Innovation Research Program.” Despite eight studies of SBIR/STTR by the Government Accountability Office (GAO) with no adverse findings, several politicians participating in this 1991 hearing voiced concerns. To many of the more penetrating questions, representatives of the SBIR and STTR programs were left replying, “We didn’t calculate that,” “I don’t know if we have any information on that,” and “There is no way to measure that…”

One point of interest involved so-called “proposal factories” attempting to “game the system.” Representative Ike Skelton asked whether “mega-award-winners might be frustrating the intent of the program. Clearly, they are very good at writing proposals. Yet, do they have the same drive and determination to bring these innovations to the market?” Another concern was the proportion of awards received in each state. Representative Martin Lancaster mentioned that “the number of awards by State, is really pretty startling, because just a handful of States have gotten the lion’s share of the awards.” California and Massachusetts small businesses, for instance, had received about 50 times more awards than some states in the South and Midwest. Finally, several Representatives expressed disappointment that SBIR awards made by the Department of Defense (DOD), the largest agency participating in the program, had not led to more private sector commercialization. DOD-funded SBIR/STTR projects had made more sales to the DOD itself than to the private sector — the Pentagon was reluctant to loosen its commitment to its own mission-related needs and accommodate potential civilian needs.

Perhaps in response to lingering accountability questions like these, Congress decided in 1997 to bring the SBIR and STTR programs under the aegis of the Government Performance and Results Act (GPRA), a law designed to improve government reporting that had been passed in 1993. Representatives George Brown Jr. and Jim Sensenbrenner submitted an amendment to the Small Business Technology Transfer Program Reauthorization bill of 1997 to bring SBIR/STTR under GPRA: “It will require the participating agencies to develop performance measures for these programs, to collect information on the performance of grantees, and to analyze that performance in the light of program goals.” Shifting from a preoccupation with activities undertaken and toward the results of those activities, the GPRA required that all federal agencies evaluate and report on the results of their activities annually. Making SBIR and STTR subject to the GPRA was a big step forward in accountability, making the programs more goal-oriented, more quantifiable, and more focused on outcomes rather than awards.

While the Small Business Reauthorization Act of 1997 successfully extended SBIR and STTR programs through year 2000, the next reauthorization bill struggled. The Small Business Reauthorization Act of 2000 was introduced in September and October of 2000 but didn’t receive a vote in either session of Congress. Finally, in December of 2000, the bill was incorporated into the 2001 Omnibus Appropriations bill — an increasingly common method for passing many small bills with a single vote in each house. In a statement from the Senate floor on the Small Business Reauthorization Act, Senator John Kerry blamed “partisan wrangling over unrelated issues, broken deals, and lengthy delays” for the difficulty in the bill’s passage: “Our bipartisan legislation was commandeered by the Republican leadership,” said Kerry, “and provisions dealing with tax cuts, assisted suicide, and medicare give-backs to HMOs were added without my knowledge or consent.” The bill’s difficulty, Kerry claimed, had nothing to do with SBIR, noting that “while I am very sorry the process has taken this long, in no way should that imply that there is not strong support for the SBIR program. The SBIR program has been, and remains an excellent example of how government and small business can work together to advance the cause of both science and our economy.”

In coming years, the SBIR and STTR programs would continue to get caught up in legislative quagmires like this one. While support for SBIR/STTR remained relatively strong, increasing partisan squabbling would make the reauthorization process a difficult one. In a future blog post, we’ll zoom in on the series of Continuing Resolutions that prevented SBIR/STTR from being reauthorized until its inclusion in the 2012 Defense Authorization Act — and we’ll break down the current legislative situation. Before that, however, a detour. Shifting gears, our next installment will cover SBIR/STTR from the perspective of the COVID-19 pandemic. What has the pandemic revealed about the power of cooperation between the government and small businesses? What role does the government have to guide and bolster the economy? Does capitalism thrive or decline when governments absorb economic risk? To read about all this and more, check out our next post.

Check out the next installment of Big Government, Small Business: A Guide to the SBIR and STTR Programs. Part 4: “And by golly, we got funded”: Gary Hendrix and the first SBIR Success Story.