Fabled Self-Pacing Treadmill is Real and it’s in Omaha
By Joe Runge
May 19, 2021
IMPOWER

So they invented a new treadmill.

Using the laboratory’s motion capture system, they were able to precisely measure the movement of stroke patients and automatically pace the treadmill to match their pace. It worked and the treadmill was able to automatically adjust to the patient’s pace, step by step, and got the students thinking: What if we could adapt the same technology to treadmills outside of a recovery and rehabilitation hospital?

That question would not be answered until the Omaha Medical Technology Pipeline picked up the project. Those students, long since graduated, left their notes with the laboratory of Dr. Brian Knarr in the Department of Biomechanics. Working with the UNO Department of Biomechanics Prototype Laboratory, Dr. Knarr replaced thousands of dollars of motion capture sensors with less than one hundred dollars’ worth of optical sensors. Those sensors implemented a new algorithm, inspired by the students’ original work, and opened the door to a world where treadmills go at the runner’s pace.

“Self-pacing treadmills were sort of fabled in the industry,” admitted Doug Miller, a former senior director at Life Fitness and the current CEO of Impower Health. “When this opportunity came along I was skeptical, but over time I realized how much the inventors knew about human motion and how much of that knowledge was in their solution.” Miller helped to guide the technical development and is now helping to supervise final adjustments of the algorithm. He also helped build a comprehensive engineering plan to make self-pacing a critical user feature but also a safety feature.

Each year there are thousands of treadmill injuries and a tragic handful of deaths. “If the treadmill knows how fast you’re running then it knows when you’ve stopped or fallen over,” said Miller. The same algorithm that creates the self-pacing feature can readily be adapted to serve as a reliable safety feature. Impower Health is currently in discussions with multiple fitness companies with a plan to raise the funds it needs to launch its first products later this year.

In time, Impower Health’s technology could become essential for treadmills. “The technology is inexpensive to implement and makes the treadmill so much safer,” said Preheim. “When it works, why shouldn’t companies use it – why shouldn’t they have to use it?” 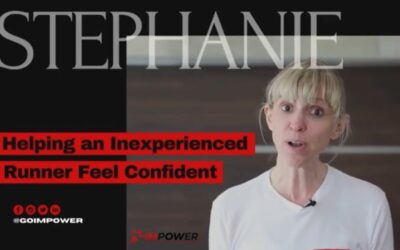 Doug Miller had no idea his long career in cellular technology would lead him to run a company responsible for self-pacing treadmills. And yet, here he is, at the helm of IMPOWER Health, a new health tech business in the UNeTech incubator. Miller, who earned a BS in...