In this series, Jace Gatzemeyer discusses the history, legacy, goals, successes, and shortcomings of the SBIR and STTR programs. Dr. Gatzemeyer is UNeTech’s Grant Writer, and one aspect of his job involves creating strong SBIR/STTR proposals for small businesses in the incubator. This first installment takes a look at the inception of SBIR and the values that defined its founding. 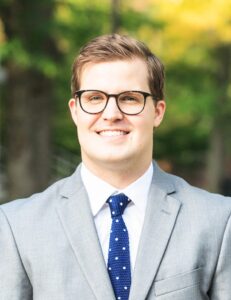 On June 12, 1980, Roland Tibbetts gave a statement before the House of Representatives’ Committee on Science and Technology. Senior Program Officer at the National Science Foundation (NSF), Tibbets was on Capitol Hill to discuss NSF’s experimental new program, the Small Business Innovation Research (SBIR) program, which in 1977 began offering awards to support small businesses conducting high-tech research and development. In a 2009 report to Congress, Tibbets reflected on the genesis of this historic program, which he had originally imagined as a way to address a dual paradox at the heart of innovation funding:

Paradox #1: “At the idea stage, and even the early development stage, the risks are too great for all but a few investors. But innovations can’t get beyond that stage without funding.”

Paradox #2: “The Federal Government has R&D needs that, for a variety of reasons, will never interest private sector investors…. So needed innovations in fields like defense, space exploration, and homeland security may not occur.”

To address these problems, Tibbetts designed the NSF’s SBIR program as a funding source for small businesses with exceptional early-stage innovation ideas — “ideas that, however promising, are still too high-risk for private investors.” The program provided large grants to small businesses to fund research and development on these highly innovative and potentially lucrative ideas. In this way, thought Tibbetts, the NSF could simultaneously fund scientific research and stimulate the economy. And it worked. In its first few years, the program proved so successful that biotechnology entrepreneur Arthur Obermayer told lawmakers in 1978 that the NSF SBIR program was “potentially the most significant government program of this century in the field of science and technology.”

In fact, so compelling was the NSF’s SBIR program, that Tibbetts was summoned to the Capitol in June of 1980 to give a statement helping convince lawmakers to pass legislation that would institute a government-wide SBIR program, a law instructing each federal agency with a budget in excess of $100 million to establish a program modeled after Tibbetts’. Thanks in part to his testimony, the Small Business Innovation Development Act was signed into law in 1982, making SBIR programs a reality at the eleven federal agencies with extramural research budgets of over $100 million. The program has been reauthorized and extended three times since, most recently through 2022.

Tibbetts later reflected on the decisions involved in designing the program, explaining how he consulted economists, directors of research in large firms and universities, venture capitalists, and so on for advice. A major early sticking point involved the size and quantity of the awards, the “dollars at risk per innovation.” Should the NSF give large awards to a few small businesses or smaller awards to many? “[We] agreed that the technologies involved were such inherently high risks that smaller bets should be made on many projects before making a few larger bets.” With lots of small bets, not only would federal “dollars at risk per innovation” be limited, but also economic payoffs would be higher: “Many smaller awards mean that more ideas can be evaluated for their potential. More and better choices for further development become available.”

In addition to the practice of making many small awards rather than a few large ones, Tibbetts decided that the SBIR program would involve “gates and milestones.” Rather than making full awards in one go, companies would receive funding at each distinct phase of the process. Phase I awards (today generally $50,000–$250,000 for six months or one year) would fund the validation period, in which companies would need to show that their idea is feasible and significant. Phase II awards (today typically $750,000–$1 million for two years), would provide funding to continue Phase I work, with more emphasis on developing the product and finding a market. “Often an idea can be found to be infeasible through the Phase I ‘proof of concept’ process,” said Tibbetts. “Other ideas show only a low probability of success. No further expenditures should be made on such technologies.”

With SBIR up and running across eleven government agencies, the 1980s would prove to be the decade of truth for the program. Would it show significant results? How would SBIR advocates convince Congress to reauthorize program? And where exactly would the STTR part come in?  We’ll cover all this in the next installment, in which we’ll take a look at the SBIR program’s early years and the Small Business Research and Development Enhancement Act of 1992.

Check out the next installment of Big Government, Small Business: A Guide to the SBIR and STTR Programs. Part 2: Productive Beyond Anybody’s Expectation.