For women who work in STEM professions (science, technology, engineering, and mathematics), these stories might seem familiar. And while research shows discrimination occurs to women in STEM fields, discrimination and underrepresentation are even worse for women of color. According to a study from the National Center for Education Statistics, the percentages for women of color in STEM at higher education institutions for the 2017-2018 year are as follows: 5.3% for Asian women, 2.9% for Black women, 4.3% for Latinas, and .1% for American Indian/Alaska Native women. In total, only 11.5% of science and engineering employees in 2017 were women of color.

The sexism in STEM impacts young people, too, who seem not to think that women can even become scientists. Several studies, including one by the Journal of Applied Social Psychology, have shown that when children were asked to draw a mathematician or scientist, girls were twice as likely to draw men than women, while boys almost exclusively drew men. 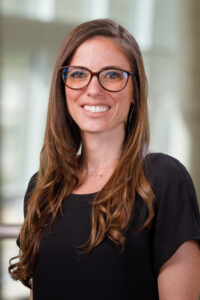 Picture a Scientist addresses these issues. “This film will help gain a deeper understanding of the collective cost of sexism within science,” says Dr. Catalina Rey, assistant professor in the Munroe-Meyer Institute Integrated Center for Autism Spectrum Disorders. Dr. Rey said viewers will better understand why it is important to become advocates for diverse representation, access and inclusion in science, technology, engineering and math.

Dr. Rey and Jhoanna Olmos, inclusion program associate, will lead a Zoom discussion of the film on April 15 from noon-1:30 p.m. The event is hosted by Women in Transplantation, an initiative of the Transplantation Society, led by MMI and supported by Women Engaged: Support, Training, and Resources to Improve Vitality and Excellence (WE STRIVE), the UNMC Office of Inclusion and Equity and UNMC Human Resources.

To view the film UNMC and UNO students, faculty, and staff should register in Bridge. In the Bridge Learning Library, look for Picture a Scientist. Registrants will receive a link and instructions to access the film prior to the panel.

Those who have seen the film can contribute to the conversation anytime on social media by using the hashtags #WIT, #UNMC and #PictureAScientist.